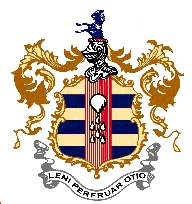 The Dodge Family Coat of Arms

"The Dodge Family in America traces back its history to William Dodge, who arrived at Salem, Essex County, Mass., on the 29th of June, 1629 O.S. (now the 10th of July, N.S.), and from whom and his brother are descended all who bear the name in this country. The family is of English Descent, the founder, Peter Dodge, having been an adherent and faithful defender of Edward I, in 1274-1307, and which monarch highly honored him, as in indicated by a quaint and interesting document in England's heraldic library, a copy of which we give below as illustrative of one feature in early English history.

"To all Men loving Nobleness, Virtue and Chivalry: and to all Ladies, and Maidens of honor, of honest deportment and Gentilesse, and to each of them:

"I, James Hedingley, called Guyen King of Arms: Greeting in Peace and Good Speed. Above all, that which appertains to the honorable office of a Herald is first; to record the good fame and renown of all honest and virtuous persons. SO, likewise it is suitable and fit, to Give and set in order to such persons, Ensigns and Arms of honor; so, that their noble an valiant deeds of arms, may be preserved in perpetual remembrance. And therefore having regard to the loyal and valiant service of Peter Dodge, a native of the town of Stopworth, in the County of Chester, Gentlemen: which he has done and performed to my most dear and Sovereign Lord, by the Grace of God, King of England, Lord of Ireland, Duke of Guyen, as well in several battles against his great enemy and rebel, Baliol, King of Scotland and Vassal of England: as likewise at the sieges of Berwick and Dunbar: there, where, in his duty and valiant courage, he was conspicuous for the advancement of his renown and the good content of my said Sovereign Lord, who, in recompense of his said service and by his Special Grace, Gave to Him, and to his Heirs forever, the Lordship of Podenhughe, with the Barony of Coldingham in the Kingdom of Scotland. "I have thought it therefore convenient in the performance of my office, to Grant him arms accordingly, and specially for two reasons: the one for having valiantly served toward the King's peace and the public good, the other, that his heirs and successors, by the remembrance of his honor and valor, may be encouraged to follow him, always in like virtue and noble conduct. And for which cause: Know Ye: That I, the aforesaid Guyen, have Given and Granted to the said Peter Dodge, that from henceforth he may carry his shield: 'Barry of Six: Or and Sable: on a Pale'gules, a Woman's Breast Gouttant: which arms appear, here in view depicted. I, Guyen King of arms, have Given and Confirmed to the said Peter Dodge and to his heirs forever, to have enjoy and use the same: and in them to be adorned and clothed, for the advancement of their honor, as well in all Triumphs, Jousts, Tournaments, and deeds of Arms, as also in Martial matters and enterprises, that may be requisite in peace or in war, in all places and at all times, according to their pleasure, without the impeachment of any person or persons."

"In testimony of which I have here Subjoined my seal. Given the 8th day of April, the Thirty Forth year of the reign of our said Sovereign Lord, Edward, Son of King Henry; after the Conquest, the First of that name."